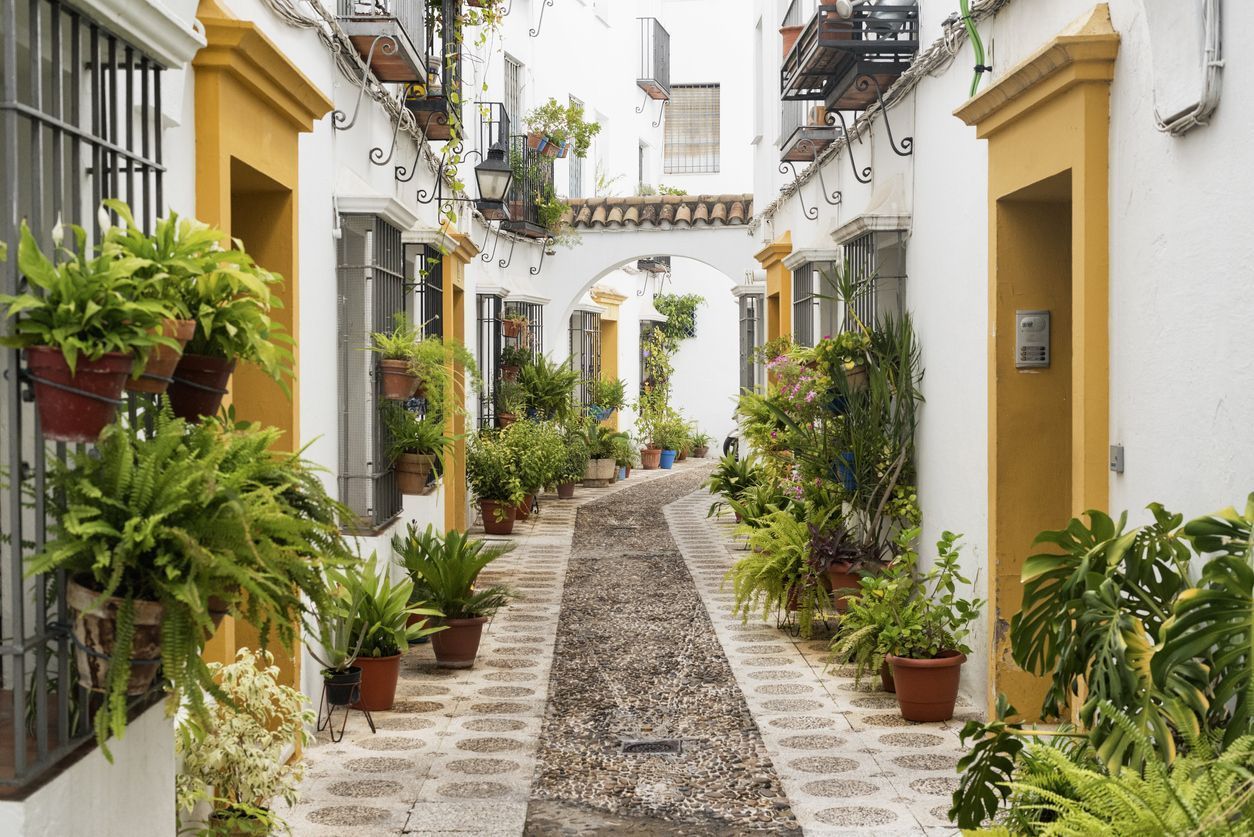 In the old part of the city we find a maze of picturesque alleys that once belonged to the city's Jewish quarter, highlighting La Synagogue, the only one in Andalusia.

Today the area is full of souvenir shops, craft shops, jewelry stores and restaurants. A walk through these alleys, houses and squares makes it go back in time and understand a little more the history of this city.

But Córdoba has much more to do in its historic center as the impressive Roman Bridge over the Guadalquivir River, from the 1st century AD and the only bridge through which the city was accessed for 20 centuries. At the end of the bridge we find the Calahorra Tower, a defensive fortress whose objective was to defend the Roman bridge. Today it contains the Al Andalus live museum as well as having good views of the city.

Traces of past civilizations are visible throughout the city: Roman temples and gates, walls, Arab baths, majestic houses and palaces such as that of Viana, convents and churches, sculptures of famous people and countless places of interest that should be visited.

Stay in Arriadh, discover Córdoba and live the best experience.