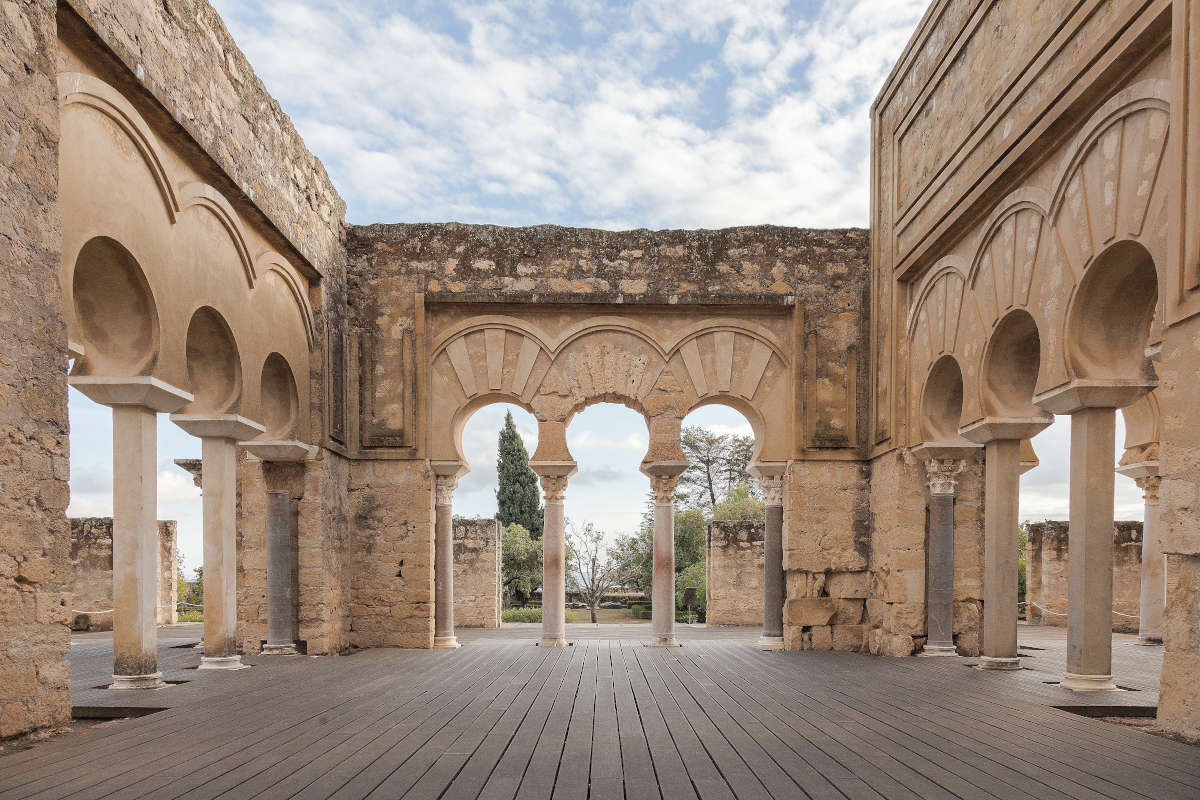 Five kilometers from Cordoba, Caliph Abderramán III erected Madinat al-Zahra (Medina Azahara), a new and splendid capital as a symbol of the greatness of his reign.

On a sunny day in 1069, the Muslim ruler of Seville, al-Mutamid, accompanied by his courtiers, made an excursion to a place that was located five kilometers west of Córdoba. There lay an immense field of ruins in which the lizards were lost between walls that had once covered palatial rooms.

Al-Mutamid and his people "climbed the high rooms [...] They sat on spring tapestries covered with flowers [...] They drank wine glasses and walked around the place, enjoying, but also reflecting on life".

The place lent itself to such meditations: just seventy years ago there stood a city brimming with life and splendor that, however, was destroyed during the struggles that ended the Umayyad dynasty in al-Andalus.

Stay in Arriadh, discover Córdoba and live the best experience