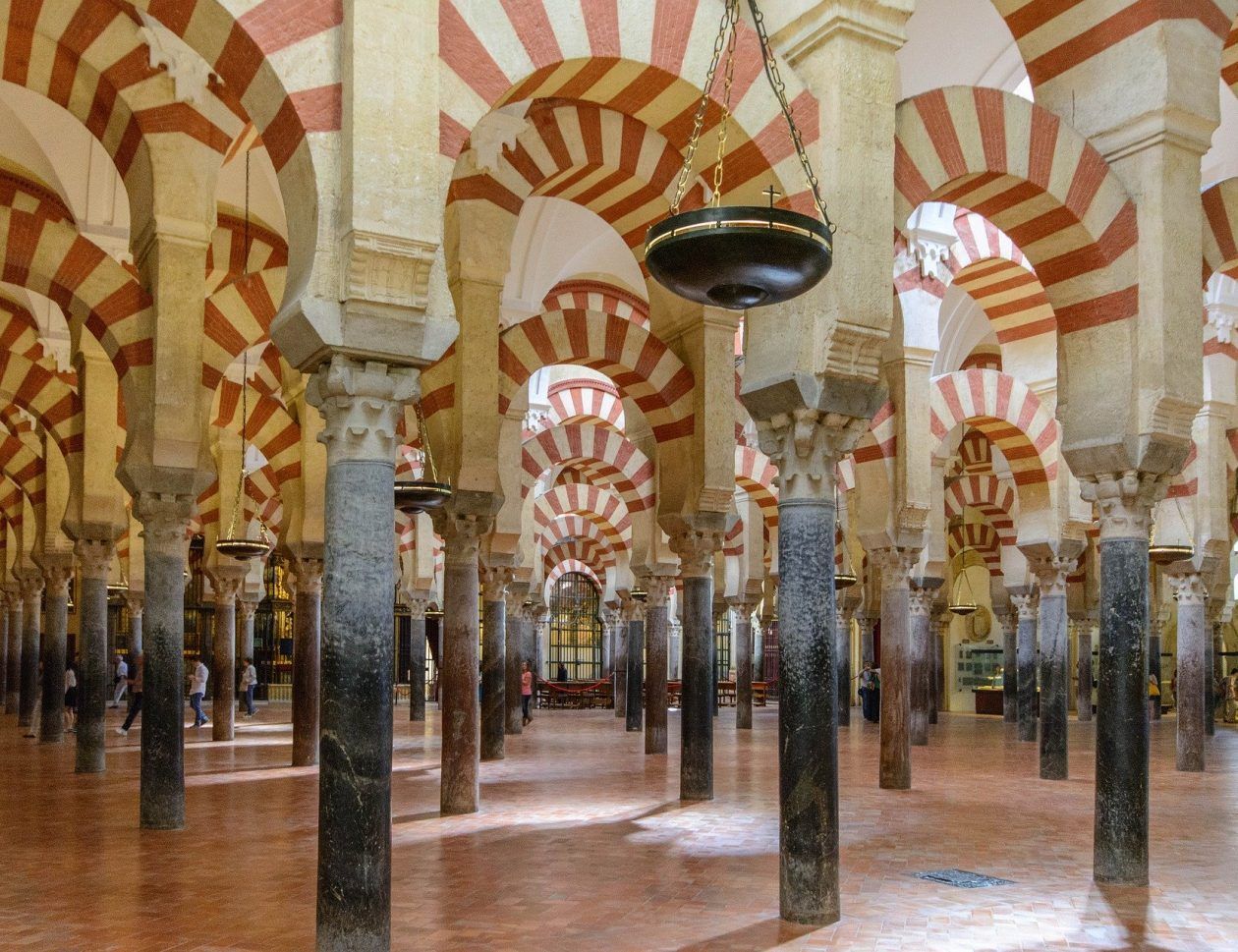 Its history summarizes the complete evolution of the Umayyad style in Spain, in addition to the Gothic, Renaissance and Baroque styles of Christian construction.
The Cordoba's mosque

The visit of the visits, the masterpiece of Muslim Hispanic architecture, declared a World Heritage Site by UNESCO, is the main emblem of the city and one of the most visited monuments in Spain.

A masterpiece that dazzles and surprises visitors when they enter and discover the immensity of this construction.
Located in the ancient Roman temple to the god Jano, it was built and expanded in four different phases due to the constant growth of the Córdoba of the time, data of its construction nothing more and nothing less than the year 786 and became the second mosque more big planet

In 1238, after the reconquest, it passes into Christian hands and as expected it became a cathedral.

The result is a splendid mix of styles, architectures and ways of thinking, a respect and coexistence between cultures that has always characterized the city of Córdoba.

SEE THE EXPERIENCE BEFORE YOU FELL IT.